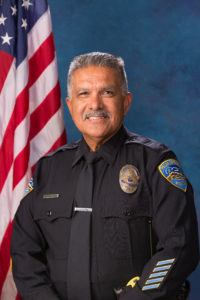 Police Officer Gil Vega and Police Officer Lesley Zerebny were shot and killed while responding to a domestic disturbance call in the 2700 block of Cypress Road shortly after noon.

A family member from the home had gone to a neighbor’s house and and stated that his son was very angry, upset and was armed. Responding officers, including Officer Vega and Officer Zerebny, arrived at the scene several minutes later. While negotiating with the suspect, who was inside the home, he suddenly opened fire on them, killing both Officer Gil Vega and Officer Zerebny and wounding a third officer.